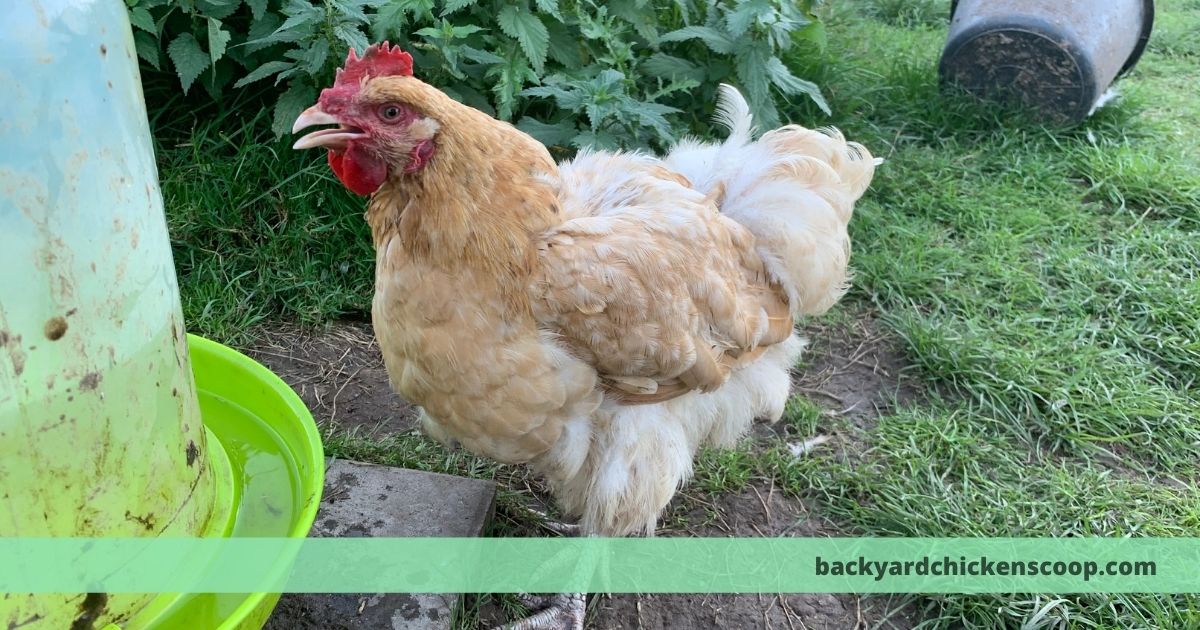 It does not matter whether you have a few chickens in your backyard or a flock of a few scores of chickens. You need to take good care of them and their health. Chicken and other birds are prone to various types of illnesses and other problems. In this article, we will be talking about chicken illnesses with respiratory symptoms.

These certainly can be a major health challenge for poultry rearing in rural areas and even for those who have a few chickens in their homes. Unless the sick chickens are identified, diagnosed, quarantined and treated, it could damage an entire healthy flock of birds. There is a wide range of diseases that could lead to respiratory problems in chickens.

Like human beings, they also have certain classic symptoms and some of them include open-mouthed breathing, ruffled feathers, sneezing, and head shaking and also discharge from the nostrils and eyes. Hence it is important to find out the reasons and underlying causes for the same. If this does not happen, it will be a matter of a few hours and days before the infection spreads across thousands of birds in poultries.

Further, it also could lead to infection in humans and many of us are aware of the avian flu or bird flu and the problems it may cause. In this article, we will look at the causes of such illnesses, the various symptoms associated with them and how to treat the same. Further, we also will look at the precautions that need to be taken to stop the spread of the disease and make sure that the birds and the surroundings remain healthy and clean.

The following tabular format will perhaps help the readers to find out more about the various respiratory illnesses and chickens and other birds are prone to.

The above is just to give the readers an idea about the various common diseases that impact chickens. We will now have a deeper look at a few more diseases and find out ways a means by which they can be treated.

This is a disease that impacts the aviary world quite commonly. The dangerous thing about Aspergillosis is that it can be transmitted to humans. It is basically caused by certain types of fungus. It impacts the entire respiratory system. It has some classic symptoms and these vary quite significantly depending on the type of chicken, its age and other such factors. The treatment process is quite lengthy.

This is because fungus infections take time and effort. Generally, the treatment is spread for a period of four to six months and itraconazole is the drug of choice for treating Aspergillosis. Antifungal agents along with nebulization are recommended. Symptoms include breathing problems, breathing through the mouth and so on.

Also known as bird flu, this is another dreaded illness that impacts birds quite regularly. We often come across news about the culling of thousands or even millions of chickens that have been impacted with Avian Influenza. It spreads rapidly and the symptoms manifest in many ways. These include sneezing, coughing, darkened wattles and darkened comb, nasal discharges and also swelling of the eyes and head.

Enhanced temperature is also a common problem. Since this is a viral infection, there are no prescribed medicines except medicines that can manage the symptoms associated with it. Normally, the birds recover within four to five days.

This is an infection that impacts the lungs and pulmonary system of the birds. Since it is caused by bacteria, it can be treated with antibiotics if the diagnosis is done early. The bacterial still lingers in the birds for quite some time and therefore, isolation and quarantining is recommended. It leads to various types of respiratory symptoms.

They could include foul-smelling discharge from the birds of various colours, wheezing, sneezing, heavy breathing, discharges from the nares and eyes, general respiratory symptoms and facial swelling. There are two common antibiotics that are used and they are macrolides and fluoroquinolones.

This is a disease that spread slowly among chickens and turkeys amongst other birds. It is characterized by many symptoms and they include breathing challenges, clogging of the lungs and bronchial pathway. It also leads to proliferative lesions in the skin. If left untreated, they could lead to thick scabs that are cutaneous in form and look.

Lesions also form in the respiratory tracts and upper gastrointestinal tract. There is no treatment for fowl pox and most chicken owners prefer culling, replacing the chickens and having them vaccinated. One fowl vaccination ensures complete and total protection from the problem for the avian birds for life.

Chickens have classic symptoms ranging from head shaking, gasping, coughing, rattling breath and extreme stress while breathing. At times the worms grow big enough and they can be seen in the throat of the birds.

The common treatment is to run through a dosage of moxidectin and ivermectin. However, if the sizes of the worms are high, the drug should be used carefully because it could lead to blockage of the breathing passages. It would always be advisable to take the chickens to the vet immediately and have them quarantined and isolated.

Also known by its short-form ILT, Infectious Laryngotracheitis is a highly contagious, dangerous and acute form of infection that attacks chickens and pheasants. It leads to various symptoms and the most common symptom is mild to acute dyspnea, rales and coughing. It also could lead to ocular discharge and also nasal discharge.

The chickens may also suffer from trachitis, mild rales and conjunctivitis. There are no formal or specific treatments and in most cases, vets treat the chickens symptomatically. However, antibiotics are recommended to prevent secondary infections and a big loss of chicken population in poultries.

The best way to stay away from this risk is to vaccinate the chickens. If the problem is not identified, diagnosed and treated early, it could lead to choking of the birds and death from asphyxia. There also could be other respiratory problems including wheezing, breathing through the mouth and formation of lesions in some serious cases.

This is another infection that affects turkeys, chickens and some other typ9es of birds. It leads to respiratory infections and the symptoms are almost the same as any other respiratory diseases that birds may often get impacted. Though mortality is low, morbidity is high if the chickens suffer from any other existing diseases of medical conditions.

Though chickens are prone to Mycoplasma Gallisepticum, it has been generally found that turkeys are more at risk as far as this disease is concerned. The symptoms also could include discharges from the nares or eyes of the chicken. Since this is a bacterial infection, it can be treated with the help of certain types of antibiotics.

Clarithromycin, azithromycin, and erythromycin are the most commonly prescribed drugs for overcoming this disease in chickens. However, if the symptom if mild, antibiotic treatment may not be necessary and the birds will be able to recover on their own.

This is a virulent disease that impacts the avian population. It is also known as NDV. It is a disease that is a big problem across the globe. It leads to acute respiratory disease and the symptoms are typical, classic and unmistakable. The birds often suffer from gasping cough, bleeding nostrils, drooping wings, muscular tremors, lack of appetite, depression, circling, turning or twisting of the neck and head, and also swelling of tissues. It could also lead to foul-smelling discharge from the nostrils and in some cases, the chickens could also suffer from watery diarrhoea.

Since this is a viral infection, there is no treatment for this disease. It has to be addressed symptomatically. The virus can remain active and alive for around 2 months. It also can stay alive in dead carcasses for more than 12 months.

Therefore, safe, efficient and rapid disposal of the carcasses of the dead chickens is extremely vital and important. However, the good news is that viruses can easily be killed by disinfectants. They are sprayed on the dead bodies of the chickens to neutralize the viruses and kill them before they can cause further damage. Direct sunlight can also lead to the immediate death of viruses.

How to prevent respiratory illnesses for chickens and other birds

One of the main reasons for the spread of respiratory diseases and infections among chickens and other types of birds could be attributed to unclean environments. Hence, the first step to overcome this problem is to ensure that the environment is clean and dust-free to the maximum extent possible.

Vaccination is one of the most important ways and means to stop the spread of a large variety of infections in chickens. This applies even more to diseases that are caused by viruses. Bacterial and fungal infections and the symptoms and problems caused by them can be mostly handled through antibiotics, antifungal agents, topical application of ointments, and other such methods.

Quarantining new birds is a must and one of the most effective ways to prevent the spread of some deadly and life-threatening diseases that impact the pulmonary systems of these birds. There are different protocols and rules as far as quarantining is concerned and the owners of the poultries must follow them strictly and religiously. In case, you come across any ill birds, you must not waste even a moment in separating them. This will prevent unwanted and possible life-threatening medical and other situations for the birds.

While there are many types of respiratory illnesses that could impact chickens, gapeworm is considered to be the most common. It also is one of the nastiest of the lot. If the birds are showing even the slightest signs of gapeworm, you must separate the birds from the rest of the flock. There are products and medicines that can proactively tackle the problem of gapeworm rather than tackling it reactively once the damage has been done.

Look out for classic symptoms

Like human beings, birds in general and chickens in particular exhibit classic symptoms and you should be alive and alert to these. The symptoms may vary but there are some common attributes that certainly point to some infection that may be causing infection to the upper as well as respiratory tracts and also the entire pulmonary systems. Here are some common symptoms:

We are sure that the above article would have given our readers a reasonably good insight into the various aspects of chicken illnesses with respiratory symptoms. We need to bear in mind that not all diseases directly impact the respiratory functions of chickens. They basically impact some other bodily functions or organs and this might have secondary manifestations of such diseases and infections.